The Giftware Association celebrated its annual members day and 70th birthday in true Giftware Style on Wednesday 21st June in their hometown of Birmingham, in the beautiful venues of Fazeley studios, the creative hub of the city. The event was one of the best-attended AGMs to date with over 125 members and non-members in attendance.

The day was introduced by CEO of The Giftware Association Sarah Ward who welcomed everyone and gave a teaser of the day. She was followed by former RAF pilot turned Cyber Security expert at CapGemini, Andy Powell, who slightly scared the crowd with his informative talk on the new General Data Protection Regulations (GDPR) and the implications it could have on all the businesses in the room if a proper project isn’t in place by the deadline date of 25th May 2018.

Geoff Ramm took over as the second speaker with a humorous and productive approach to OMG Marketing (Observational Marketing Greats for those in the know). As well as unveiling his life long ambition to become the Cadburys Milk Tray Man, he also regaled us with funny and informative marketing campaigns from around the world, from ‘Wimpys’ take on one of their main competitors ‘faux par’ to the photographer who used his initiative to ask the attendees before an exhibition what their favorite chocolate was and then having that presented to them on his stand on the day of the exhibition. As always Geoff captivated the crowd and stayed around at the end to talk to our members as well as offering a few home truths on exhibition stands: never fan your leaflets out, always pile them up; and avoid bowls of sweets unless you want to resemble Chitty Chitty Bang Bang’s nefarious child-catcher.

Before afternoon tea was served, Jane from The English Cream Tea Company gave a short Cream Tea etiquette ensuring that everyone knew whether to put the milk in first or the tea in first and the correct pronunciation of Scone: She says it rhymes with ‘drone’ if you were wondering, although we doubt that will be the last word in the ongoing debate!

Before Henri Davis’ Chairman’s speech, the audience was treated to a ‘cool and peaceful’ guided meditation session by the lovely Lulu Rose, who suitably relaxed the audience with her calming energy.

Henri Davis presented the GA’s achievements of the year, highlighting all the great activity that the GA has been up too, including more trade fairs, new website, new literature and new members attracted by the new way in which we approach potential members and the service providers, savings and discounts on offer as well as successful events with The Gift Of The Year 2017 being the biggest and best yet, our first meet the buyer event of the year and our awards at BCTF.

Sarah Ward gave a short history of the GA from past to present through its 70 years before handing over to Michael Papé, the vice chairman and one of the longest standing members of the GA himself, joining in 1983, who announced an exciting new initiative and referral scheme to our members.

It was then time to unwind and enjoy the longest (and hottest so far) days of the year, with an evening BBQ, cirque du soleil theme with fire breather, stilt walker, magician and band. And also one of the biggest cakes ever for the GA to celebrate its 70th Birthday.

Sarah Ward said of the day “It’s been a great success, everyone has loved the day and myself and the team are proud to have worked hard on such a great event. Its great to meet with new members and also potential members to give them a taste of what we are all about and how we can help so much more to help their businesses to success. But also to have a bit of fun as the industry we are in is creative and vibrant which you can see with the variety of members who attended. We would like to thank every one who helped make this day happen from members donating to the party to the speakers and seminars.”

The Giftware Association invites you to attend our Meet the Buyer event with John Lewis, Oldrid’s and Unique Items. After listening to our members and interviewing previous 'Meet The Buyer' attendees… 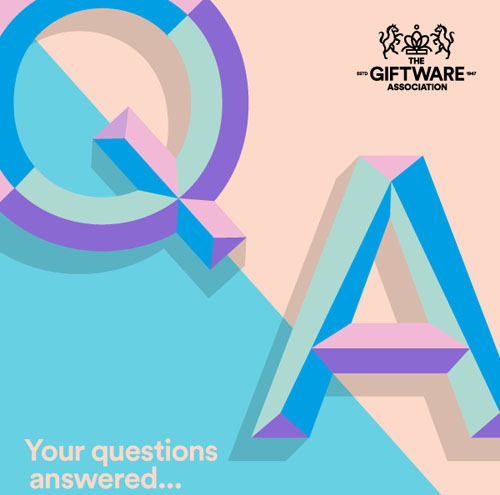 This year at Spring Fair the Giftware Association would like to invite you to meet our service providers. The companies that are in our vast network to help you achieve your goals, resolve… 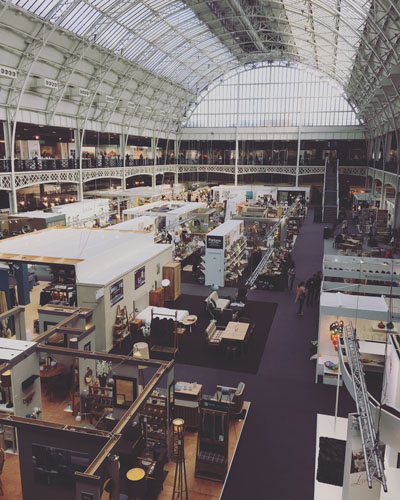 Sue Ure Maison is delighted to announce the arrival of the new Colour-line edition of the Ambit collection of mugs and beakers. A supremely chic collection in black and white porcelain is now available…